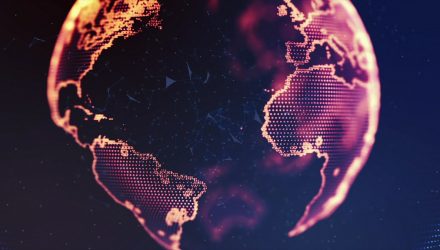 U.S. markets and stock ETFs were stuck in sideways action Monday as gains were pared down on renewed concerns over a global slowdown.

Investors took a second look at the recent string of disappointing economic data, which may have potentially signaled the start of a deeper downturn.

“There’s a pretty obvious weakness in growth and markets need to come to terms with that,” James Athey, senior investment manager at Aberdeen Standard Investments, told the Wall Street Journal.

Weak factory data from the United States, Europe and Japan on Friday triggered a steep sell-off in U.S. equities, also leading to the inversion of U.S. Treasury yield curve for the first time since 2007 as investors turned to safe-haven bets, Reuters reports. An inverted yield curve has historically preceded previous recessions.

“Earnings and rates drive the markets and we are in a position where the rates are falling and the Fed has basically told you that the economy is slowing down, so you have to be wary of earnings,” Dave Ellison, portfolio manager at Hennessy Funds, told Reuters.