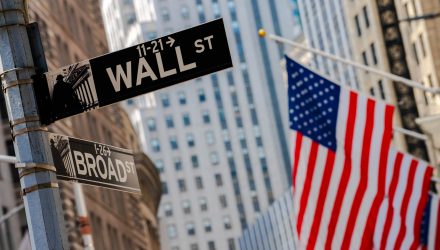 Major U.S. benchmarks and stock ETFs muddled along without direction Tuesday as lingering concerns over global growth and the health of the domestic economy weighed impeded any forward momentum.

Among the upbeat news that helped support the markets, the Commerce Department revealed in a delayed report due to the partial shutdown of the Federal Government, new home sales increased in December, the Wall Street Journal reports.

David Donabedian, chief investment officer at CIBC Private Wealth Management, argued that the home-purchases numbers were closely watched since “they’ve been one of the weak links in the U.S. economic story over the last year and a half.”

Additionally, the Institute for Supply Management showed the non-manufacturing purchasing managers index, which follows a number of U.S. industries such as health care and construction, also strengthened in February and surpassed economists’ expectations.