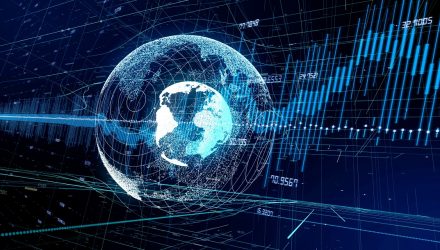 U.S. markets and stock ETFs slipped Wednesday as fears of a global economic slowdown weighed on equities and pushed more investors into safety bets, dragging down Treasury yields and renewing worries over the inverted yield curve.

Fueling another round of recession fears as foreshadowed by an inverted yield curve, the benchmark 10-year Treasury yield fell on Wednesday but still rebounded off 15-month lows hit overnight as investors focused on the dovish central bank stance globally, Reuters reports. The inverted yield curve, if it persists, has historically preceded a recession in a year or two.

Investors have been focusing on weak global economic data, with poor factory data from the U.S., Europe and Japan, along with weak consumer confidence numbers for March this week. Furthermore, Chinese data on Wednesday revealed industrial profits contracted the most since late-2011 for the first two months of the year.

“Investors are looking at the bond markets and wondering what are they seeing that we aren’t. The fixed-income markets are sensing a recession,” Matt Watson, portfolio manager for James Advantage Funds, told Reuters. “People are worried about growth in America, Europe and China and those are the biggest concerns today.”

Central banks are also taking a more dovish approach in response to the weakening global economic data, which has further fueled concerns of a slowdown among market participants. The European Central Bank was the latest to delay a planned rate hike, following the Federal Reserve’s call for patience.

“It’s confusing because we’re not fortunate enough to be in a global synchronization around the world when it comes to economic growth,” Megan Horneman, director of portfolio strategy at Verdence Capital Advisors, told the Wall Street Journal. “That’s causing a lot of inconsistencies and discrepancies across asset classes.”