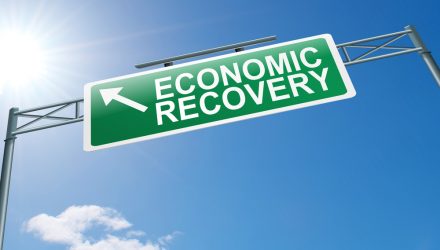 More local municipalities are fighting back to end lockdown measures and get businesses to reopen. For instance, Wisconsin Supreme Court struck down the governor’s lockdown orders, adding to hopes that mandated restrictions could be lifted sooner rather than later, Reuters reports. The reopening of the economy should help reverse some of the damage done.

“Going forward, we’re looking at how quickly jobs are going to come back to the economy,” Charlie Ripley, Senior Market Strategist for Allianz Investment Management, told Reuters. “And we’re not going to get a clear picture of that until we see where consumer demand is at.”

A White House spokeswoman also revealed that President Donald Trump is open to another possible stimulus bill, which could further fuel the economic rebound.

“The economic outlook will remain uncertain until a vaccine is in place, but a complete selloff is unlikely when trillions of dollars keep getting put into the economy,” Edward Moya, Senior Market Analyst at OANDA, said in a note.

The markets, though, started the morning in the red after an ousted health official testified before a U.S. House of Representatives panel that the United States could suffer “the darkest winter” if the reaction to the coronavirus failed to improve.

Furthermore, some feared renewed tensions between Washington and Beijing after trump blamed China for its response to the COVID-19 outbreak.

“Normally we say markets can only focus on one thing at a time, but that’s really hard to do right now,” Matt Forester, Chief Investment Officer of BNY Mellon’s Lockwood Advisors, told the Wall Street Journal. “I think there’s a bit of a technical battle going on between the bulls and the bears that is leading to some increased volatility in the markets in the short-run.”