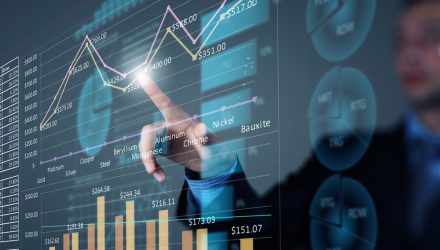 U.S. markets and stock exchange traded funds were slightly higher Monday as traders looked to an improving global outlook and largely brushed off the violent protests across the country and increasing tensions between Washington and Beijing.

According to an Institute for Supply Management (ISM) survey, U.S. manufacturing activity slowly gained ground from an 11-year low in May, a sign that the economy is on the path to recovery, Reuters reports.

“The data is showing a pickup in demand which is a key driver for markets going forward,” Anik Sen, global head of equities, PineBridge Investments, told Reuters. “The market is reacting somewhat to the rioting and U.S. and China tensions, but it’s only at the margin.”

“The hope is that what we’ve seen with China is playing out in Europe, and there will eventually be follow-through in the U.S. once the virus is under containment,” Jeffrey Kleintop, Chief Global Investment Strategist at Charles Schwab, told the Wall Street Journal.

Meanwhile, investors largely shrugged off the violent protests over the weekend where National Guard troops were deployed in 15 states and Washington, D.C. in an attempt to contain protests over the death of George Floyd in police custody.

Further weighing on sentiment, China had told state-owned firms to halt agricultural purchases from the U.S. after Washington said it would remove the special treatment for Hong Kong in retaliation for the new security law on the once autonomous region.

“If it is true China will buy fewer soybeans, it will increase the chances of escalation with the U.S.,” Seema Shah, chief strategist at Principal Global Investors, told the WSJ. Such a move would suggest that “China is predicting the upcoming U.S. election means that President Trump’s bark will be worse than his bite.”