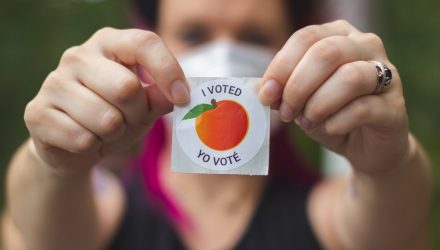 U.S. markets and stock exchange traded funds tried to regain their footing on Monday, following the hard tumble in the previous session, as investors wait on the outcome of Georgia’s Senate runoff elections and the direction of the political climate.

Market observers have been concerned that Democratic challengers in Georgia’s runoff election took the lead, which would potentially dip the scale toward a Democrat-dominated Congress. The so-called blue sweep in Congress could help push through greater fiscal stimulus, but it could also pave the way for President-elect Joe Biden to turn more aggressive on corporate regulations and taxes.

Wall Street is hoping for a Republican-controlled Senate, which would help block any major changes.

“The market loves status quo, gridlock, and that is almost where we are at the moment,” Patrick Spencer, managing director of U.S. investment firm Baird, told the Wall Street Journal. “There is fear of regulations on big tech, and there’s fear of more taxes, but with a slim majority, you’re not going to get a lot of that.”

The sudden bout of political risk helped drive the Cboe Volatility Index to its highest level in two months in the prior session, while Wall Street’s main indices plunged to two-week lows.

Meanwhile, the coronavirus continues to rage on, with the United Kingdom beginning its third national lockdown. New York also found its first case of the more highly contagious variant of Covid-19.

“The market could end up being choppy for much of the first quarter as investors try to digest soft economic data because of the most current lockdowns,” Sam Stovall, chief investment strategist at CFRA Research, told Reuters.