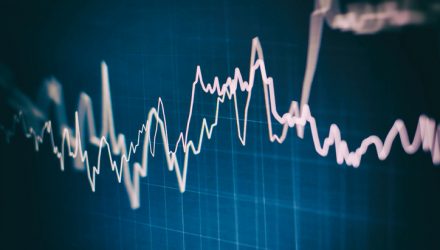 U.S. markets and stock ETFs retreated Friday after China said it will execute retaliatory tariffs and President Donald Trump ordered U.S. companies to get out of China in response to Beijing’s threat.

“We don’t need China and, frankly, would be far better off without them,” Trump said on Twitter where he ordered U.S. companies to start looking for alternatives to producing in China.

The back-and-forth was the latest escalation in the ongoing U.S.-China trade war that sent markets reeling.

“The timing of it is remarkable,” John Brady, managing director at futures brokerage R.J. O’Brien & Associates, said of the trade news. “It puts tariffs front and center on a very important day for markets.”

The markets were originally focused on a highly anticipated speech from Federal Reserve Chairman Jerome Powell in Jackson Hole, Wyoming over the future of the Fed’s interest-rate policy. Many investors expected Powell’s speech to affect broad moves in the markets, but the reaction was muted after the latest trade debacle.

Powell said uncertainty over trade was “playing a role in the global slowdown and in weak manufacturing and capital spending in the U.S,” adding the Fed would act to “sustain the expansion.”

Related: Is It Time to Reconsider Small-Cap ETFs?

There won’t likely be a quick resolution to the U.S.-China trade war, and ongoing volatility could remain a prominent theme as we go forward.

“This is going to be ping-pong for awhile,” Sean O’Hara, president of the ETF division at Pacer Financial Inc, told the WSJ. “That’s what we’re going to continue to see until we get a resolution, if we ever do. It’s probably going to drive the short-term ups and downs of the market.”