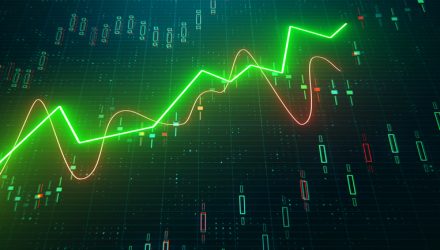 U.S. markets and stock ETFs were trying to push higher on Friday, maintaining a year-end record-setting rally supported by growing optimism over a United States-China trade deal and a strengthening global economy.

“We’ve had such a long run so far that it now feels a bit overstretched,” Katrina Lamb, head of investment strategy and research at MV Financial, told Reuters. “These moves are expected in the absence of anything earth-shaking happening.”

Improving U.S. economic data, a loosening monetary policy and hopes of a trade accord between Beijing and Washington next month have lifted U.S. stock benchmarks to back-to-back record highs this month.

No Deal Details Yet

The world’s two largest economies announced a Phase 1 deal earlier this month, but they have not revealed any further details. Beijing, though, said it was in close contact with Washington and President Donald Trump has shown confidence in signing the initial deal.

Further adding to confidence in the global economy, Chinese economic data showed industrial firms expanded at their fastest pace in eight months over November. However, some traders were wary that broad weakness in domestic demand remains a risk for earnings in the new year.

Meanwhile, in the U.S., consumer discretionary names were leading the charge after the holiday shopping spree.

“The weeks entering the Christmas break were characterized by a positive market mood and nothing has happened to change this attitude,” Luca Cazzulani, a strategist at UniCredit, told the Wall Street Journal. “The way the calendar is set makes the end of this year even thinner than usual, you have very few trading days at the turn of the year. Most people will be taking today off, particularly in Europe.”