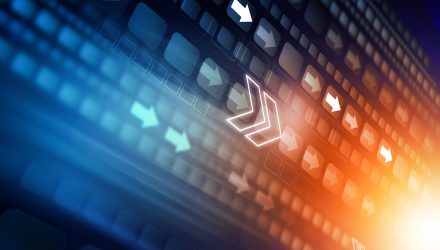 “We’ve got an investor populace that’s trying to see if the recent pullback is an opportunity, to take advantage of the dip and deploy extra cash,” Carlson added.

Markets pared earlier losses and advanced through the rest of Wednesday after Treasury Secretary Steven Mnuchin said U.S. negotiators will likely travel to Beijing soon and the Trump administration put off broad tariffs on automobile and auto-part imports, the Wall Street Journal reports.

Observers have been closely watching new developments in trade talks, selling or buying equities in response to risk sentiment surrounding the ongoing negotiations between the U.S. and China. Many have shifted bets on the trade deal as investors are worried that higher tariffs would stifle economic growth and trigger greater market volatility.

“The China issue will likely resolve itself over the course of the next six months or so,” Doug Cohen, managing director of portfolio management at Athena Capital Advisors, told the WSJ. “If rationality prevails, there’s a strong incentive for both sides to make a deal.”

Economic updates have also underscored the negative impact of trade uncertainty. On Wednesday, U.S. data revealed retail sales slipped unexpectedly in April even before the U.S. hiked tariffs on $200 billion in Chinese imports and Beijing stated it would reciprocate with tariffs on $60 billion in U.S. goods.

“There is more of a sluggish growth environment in the cards,” Matt Miskin, market strategist at John Hancock Investments, told the WSJ. “It looks like an inopportune time to have more trade-war headlines creep into the markets.”