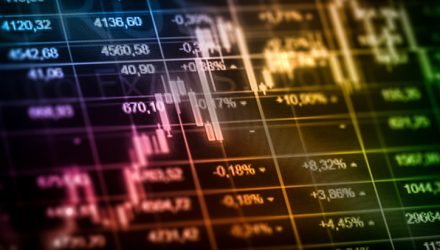 The ADP National Employment Report revealed that U.S. private employers hired at the slowest pace in over nine years in May, fueling bets that the Fed may cut rates to bolster a weaker U.S. economy, Reuters reports. Analysts blamed the weakness on global trade tensions.

The employment data comes ahead of the more comprehensive nonfarm payrolls out of the Labor Department on Friday.

“The Fed is clearly leaning in the direction that it will cut rates if it sees anymore slowing in the economy and there is that hope that we can avoid putting tariffs on Mexico so that is a positive,” Art Hogan, chief market strategist at National Securities, told Reuters.

Meanwhile, the risk-on mood also picked up on hopes that tariffs on Mexican goods could be avoided. Republican Senator Chuck Grassley argued that the United States and Mexico would be able to come to a deal to avert the tariffs that President Donald Trump threatened to impose on Mexican goods.

“Any whiff of positive development around trade will get you a positive response from the market,” Matt Miskin, market strategist at John Hancock Investment Management, told the Wall Street Journal.

Trump proposed progressively higher tariffs on Mexican-made goods if the southern neighbor does not address the flow of migrants moving through its borders. The trade duties would start at 5% before incremental rising up to 25% by October.

On the China side, many are worried of further escalations in the trade war, especially if Beijing follows through with rare-earth restrictions.

“Markets are happy to focus on Fed support, but with the U.S. Commerce Department promising retaliation in the event of China’s rare-earths threat, this trade war looks set to get worse before it gets better,” London Capital Group’s head of research, Jasper Lawler, told the WSJ.