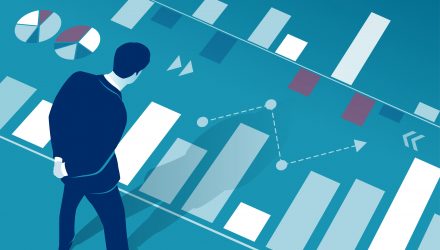 “If this earnings season turns out to be better than expected, we can end up with a scenario that there won’t be pressure on the labor market and that keeps us away from a recession,” Phil Blancato, chief executive of Ladenburg Thalmann Asset Management, told Reuters.

Nevertheless, Wall Street analysts still maintained a pessimistic earnings outlook, forecasting the worst quartelry profit performance in three years for S&P 500 companies, with projected earnings in the S&P 500 to drop 4.7% for the quarter, according to FactSet data.

In the banking sector, JPMorgan Chase revealed profit beats and outlined strength in both its consumer and investment-bank businesses. Meanwhile, net interest income increased, despite the Federal Reserve’s interest rate cuts that many believed would have weighed on the banks’ bottom line.

“That’s a sigh of relief after a lot of consternation going into the earnings season around banks in general,” Andy Braun, a portfolio manager at Pax World Funds, told the WSJ.

Global markets, though, remained pressured by the back-and-froth negotiations between U.S. and China to end a trade war that has affected the global economy.

“Markets are fairly muted because this should actually be viewed as a cease-fire rather than a deal,” Edward Park, deputy chief investment officer at Brooks Macdonald Asset Management, told the WSJ.

The only major progress on trade was that the U.S. postponed plans for additional tariffs that had been scheduled to go into effect this week. Nevertheless, there are fears that this trade war is far from over.

“China’s not going to change its core economic policy to placate Washington, be it on intellectual property or similar,” Rory Green, an economist at investment research firm T.S. Lombard, told the WSJ. “They are accepting slower growth, they are not going to do a big credit stimulus as we’ve seen in the past; markets are slowly realizing that.”