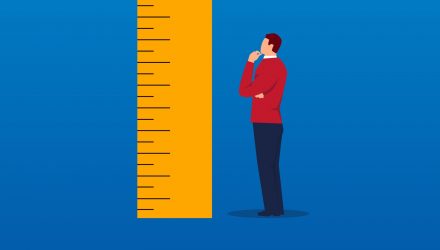 S&P 500 companies have so far come out above market expectations, but investors held back their euphoria since expectations were relatively low to begin with in response to a number of negative factors like a slowing global economy and an unresolved U.S.-China trade war, the Wall Street Journal reports.

“It’s pretty clear there were some tough numbers coming out from bellwether type names like Caterpillar and Boeing, and certainly in the case of Boeing, people are shrugging it off,” Josh Wein, portfolio manager at Hennessy Funds, told Reuters.

Of the 124 S&P 500 companies that have reported third quarter earnings so far, 82% of the companies have surpassed earnings expectations, according to Refinitiv data. Nevertheless, analysts still anticipate the first earnings contraction since 2016.

The broader markets have lingered around their record highs on hopes of progress in trade talks between the two largest economies in the world. However, UBS warned that even if the two countries manage to agree on a rollback in tariffs, there will still be “a meaningful slowdown going into the first half of next year,” Seth Carpenter, chief U.S. economist at UBS, told the WSJ.

Overseas, Brexit remains a ongoing uncertainty in Europe after British lawmakers endorsed the terms of a Brexit agreement but rejected the government’s proposed timeline. The U.K. parliament’s rejection of the schedule for Brexit diminished the chance of a divorce by Oct. 31, according to Michael Hewson, chief market analyst at CMC Markets. Prime Minister Boris Johnson has stated that he would try to push through an election if lawmakers were too slow to act.

“There are a lot of moving parts,” which makes it hard for investors to position for what happens next, Hewson told the WSJ. “We are now in extension territory and we’ve been in that territory for a while.”