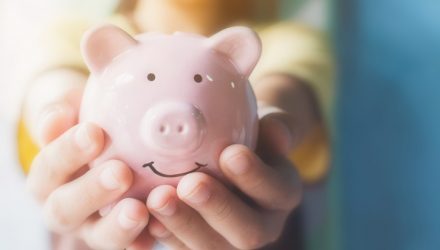 U.S. markets and stock ETFs rebounded Friday after positive comments on trade from both Washington and Beijing helped bring back some hope on negotiations.

President Donald Trump stated that a trade deal was “potentially very close”, further adding to optimism after President Xi Jinping said Beijing wanted to work out an initial agreement, Reuters reports. The turnaround helped ease concerns from earlier in the week as markets feared a truce could be delayed to 2020.

“Deal means actual hard facts and so even if people meet and get together and talk a little bit more, we don’t see anything substantial happening,” Jeanette Garretty, managing director & principal at Robertson Stephens Wealth Management, told Reuters.

President Xi said the U.S. and China are at a critical juncture and should avoid misunderstandings while pushing relations in the “right direction,” the Wall Street Journal reports. He also added that China has “been working actively to try not to have a trade war.”

“It’s clear-cut that a deal can help China,” Salman Ahmed, chief investment strategist at Lombard Odier Investment Managers, told the WSJ. “Under the hood, we can see the damage being done to its economy.”

U.S. markets have pulled back from record highs that were fueled by hopes of a resolution to the protracted trade. Delays and political risk in Hong Kong added to doubts over a timely trade deal ahead of scheduled tariff hikes mid-December. Traders are also wary of vacillating negotiations as headlines on trade talks have not instilled any confidence in the oversell.

“There is a lot of incentive to water it down,” said Jason Pride, chief investment officer of private wealth at Glenmede, told the WSJ. “We’re going into a presidential cycle, with an administration seeking re-election and pointing to the economy as a reason for re-election, and we have an item that could directly impact the economy.”