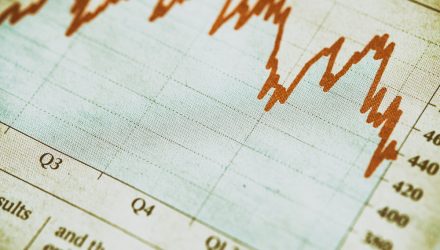 U.S. markets and stock ETFs strengthened Tuesday to close out their best quarter in over two decades.

After major indices lost 35% of their value in less than six weeks, the rebound off the late March lows has been about as quick on copious amounts of fiscal and monetary stimulus measures to prop up the coronavirus pandemic-induced economic recession.

“Massive stimulus by the Fed and on the fiscal side has propelled the stock market’s recovery at a speed unlike we’ve ever seen,” Liz Ann Sonders, a chief investment strategist at Charles Schwab & Co, told the Wall Street Journal. “But there’s a perceived disconnect between what the market has done and the economic recovery. The reality is, the second half of the year may see a lot of choppiness.”

The S&P 500 has rebounded 20% in the second quarter, its biggest percentage gain since the fourth quarter of 1998, while the Dow Jones Industrial Average increased 18%, its best quarter since 1987. Meanwhile, the technology-heavy Nasdaq Composite jumped 31% in the past three months and is up about 12% for the year.

However, market observers warn of ongoing risks ahead. For example, Analysts warned that a Democratic sweep of the White House and Congress would likely roll back the tax cuts Congress enacted in 2017, which would further constrain corporate profit margins. Furthermore, some warned of the potential for more regulation, which often weighs on business activity. Many have credited the stock market gains over the recent years to the more accommodative environment after the Trump administration rolled back restrictive regulations.

For now, many are still watching warily for another Covid-19 outbreak.

“You have traders trying to figure out a medical problem,” JJ Kinahan, chief market strategist at TD Ameritrade, told the WSJ. “Because people will make assumptions or because there’s a lack of knowledge, the one thing we can all expect is more volatility.”