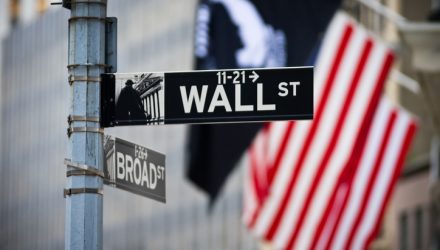 Data on consumer confidence and manufacturing fanned concerns that global economic weakness is spreading to the U.S., the Wall Street Journal reports.

A measure of consumer confidence slipped in September month-over-month to its lowest level in nine months, while a gauge of manufacturing activity across mid-Atlantic states also weakened over September.

Further adding to the risk-off sentiment, Trump said he would not accept a “bad deal” in trade negotiations and that Beijing failed to keep promises it made when China joined the World Trade Organization, Reuters reports.

“The economic data cut the rally in half at 10 and the tone toward China (at) President Trump’s speech at the U.N. General assembly certainly took some of the optimism out of the air,” Art Hogan, chief market strategist at National Securities, told Reuters, referring to the time when U.S. markets turned from early morning gains into mid-day losses.

Looking ahead, investors will wait on data due later this week, including the Federal Reserve’s preferred gauge for inflation, to get a gauge on the health of the U.S. economy.