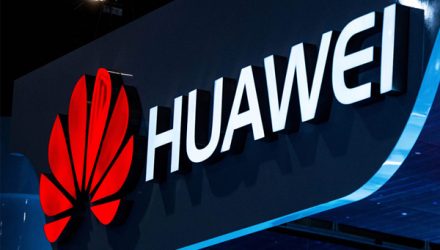 The equity market experienced another round of risk-off selling after Google’s parent Alphabet (NasdaqGS: GOOG), along with other technology companies, moved to cut ties with Huawei, sending tech sector shares lower.

Investors were concerned that the latest developments pertaining to Huawei will further exacerbate the trade war between the U.S. and China, which has escalated in recent weeks following a round of increased tariffs from both sides.

“The recent action against Huawei confirms our view that the relationship between Washington and Beijing will remain tense,” analysts at UBS Group AG’s global wealth-management arm wrote in a note. “The growing rivalry between the world’s two largest economies will simmer in the background, with repercussions on business and investments.”

“These restrictions have raised concern that the trade war is more broadly aimed at containing China as an economic threat rather than revising unfair trade arrangements,” Jason Pride, chief investment officer for private clients at Glenmede Trust Co., told the WSJ.

The semiconductors sub-sector was the hardest hit as investors sift through the Huawei fallout.

“Inventory corrections are going on in the semiconductor space and the industry is pricing in the Huawei impact on the value chain but they are not pricing in the global slowdown,” Peter Cecchini, managing director and chief market strategist at Cantor Fitzgerald, told Reuters.