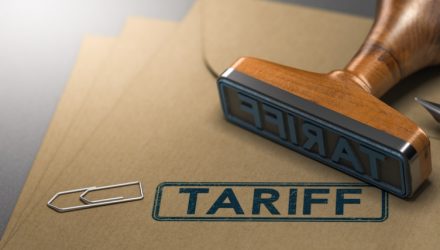 U.S. markets and stock exchange traded funds were on pace for their best week of 2019 as equities rallied back-to-back on hopes of a delay on Mexican tariffs, along with rising confidence from an increasingly dovish stance from global central banks.

Wall Street strengthened on growing optimism over trade as the U.S. considers pushing off tariffs on Mexican imports, Reuters reports. President Donald Trump could delay tariffs he previously threatened to implement on Mexico’s goods as soon as Monday, fueling hope that trade concerns may be taking a turn for the better. Nevertheless, some remained cautious.

“When you have a fluid situation like this in terms of the tariffs, it calls for caution and patience on the part of investors,” uincy Krosby, chief market strategist at Prudential Financial, told Reuters.

Further propping up the risk-on sentiment, global central banks provided supportive commentary. In the U.S., the Federal Reserve hinted that it might cut interest rates as soon as this month or possibly in July and later. The European Central Bank also said it was keeping rates unchanged for now, extending the period during which they expect to leave rates on hold, the Wall Street Journal reports.

“Monetary policy has hit the pivot button yet again and it’s renewing the faith of investors,” Eric Wiegand, senior portfolio manager at U.S. Bank Wealth Management, told the WSJ. “But trade continues to be the big uncertainty.”

The supportive factors helped the S&P 500 register its third straight session of gains for the first time since mid-May.

Looking ahead, investors will be waiting on the U.S. jobs report due Friday to gain a clearer picture on how the Fed could react on monetary policy.

“There’s a recognition that easier monetary policy is likely to prolong this economic cycle and is likely to support higher- than-normal valuation,” Michael Arone, chief investment strategist at State Street Global Advisors, told Reuters. “But for the market to move materially higher, there’s a feeling that trade agreements need to be reached in order to push economic growth higher.”