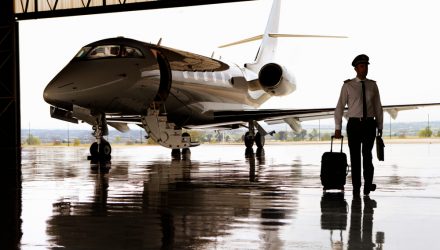 Shares of United Airlines Holdings (NASDAQ: UAL) rallied 3.66% at 11:15 ET on Friday morning following the news that the airline reached an agreement with its pilots’ labor union on new contract terms. CNBC reported that United is the first major carrier to strike a deal with its pilots since the beginning of the COVID-19 pandemic, which exacerbated a pilot shortage.

“United Airlines was the only airline to work with our pilots union to reach an agreement during COVID,” wrote United CEO Scott Kirby in a LinkedIn post. “It’s not surprising that we are now the first airline to get an Agreement in Principle for an industry leading new pilot contract.”

While terms of the deal were not disclosed, a statement from union executive council chair Capt. Michael Hamilton called the new contract an “industry leading agreement” that recognizes the pilots’ contribution to the “current and future success of United Airlines.”

The agreement still needs to be voted on by the union and by pilots.

RSP will invest at least 90% of its total assets in securities that comprise the S&P 500 Equal Weight Index, which equally weights the stocks in the S&P 500 Index.