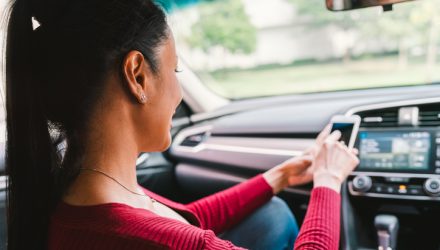 Uber Will Crash on November 6

Circle November 6 on your calendar. That day, one of America’s most controversial disruptor stocks will likely get crushed. If history’s any indication, it could easily plunge 10% or even 15%.

Rumors will fly that the company is going out of business. But if you know what’s coming, you have nothing to worry about. You could even capitalize on the fear.

In fact, I wouldn’t be surprised if November 6 turns out to be the best opportunity to buy this beaten-down stock ahead of a big bounce.

As you surely know, Uber (UBER) is the world’s biggest ride-sharing company. It has revolutionized how people get around and is one of the most disruptive and fastest-growing companies ever. Its revenue exploded from zero to $11.3 billion in a decade.

Uber was private for most of its life. That changed four months ago when it pulled off the fourth-largest IPO in world history, behind only Alibaba, Softbank, and Facebook. The excitement around Uber’s mega IPO was like nothing we’ve seen in years.

And that’s a bad sign. Giant, overhyped IPOs rarely live up to expectations.

Sure Enough, Uber’s IPO Was a Total Flop

It plunged 7% on its first day of trading and has yet to find solid footing.

Uber has nosedived 26% since its May IPO, as you can see here:

Uber has struggled for a few reasons. But its most pressing problem is it IPO’d at an absurd valuation. It sold a whopping $8.1 billion worth of stock at a colossal $82 billion valuation.

That put Uber’s market cap at more than double Ford’s (F) and nearly 50% more than General Motors’ (GM). It never had a chance to live up to those impossibly high expectations.

Unfortunately for Uber investors, things are about to get worse before they get better.

In most IPOs, many major shareholders are not allowed to sell their shares right away. In order to keep trading orderly, early investors like venture capitalists, founders, and employees are legally prohibited from selling their stock.

The shares are “locked up.” Typically, shares stay locked-up for either 90 or 180 days. We call this the “lock-up period.”

Once it ends, these shareholders are free to sell. And that’s exactly what many do… Which is why many stocks tank on lock-up expiration day.

Consider social media company Twitter (TWTR). On May 6, 2014, its lock-up period ended. For the first time, nearly 500 million TWTR shares could be sold.

Heading into this day, Twitter had already been struggling. It had slipped 29% since its public debut.  You might think insiders and early investors would hang on to their shares and hope for a rebound.

But the exact opposite happened. They dumped their shares on the market. Twitter plunged 18% that day!

Instead, I look to buy stocks right after the lock-up period ends.

Facebook, as everyone knows, is the world’s #1 social media company. It IPO’ed in May 2012, raising $18.4 billion. It went public at a monumental $104 billion valuation. Facebook’s IPO was the talk of the investing world. I remember watching it on television at work.

But like Uber, Facebook was overhyped, overvalued, and stumbled out of the gate. On its IPO day, Facebook slipped 4%. Five months later, the stock was limping along at 54% below its IPO price

Then, Facebook’s first lock-up period ended on October 31, 2012. All told, about 230 million shares were unlocked. The stock fell 4% that day.

Things weren’t looking good. But it would have been the perfect time to start building a position in Facebook stock.

You could have bought shares at a 44% discount to their IPO price that day. Exactly one year later, you could have sold those shares for $50.21. That’s a 137% gain in just twelve months!

As you can see below, if you hung on until today, you’d be sitting on a nearly 800% profit:

Here’s Why This Spells Opportunity for You

Uber has a lot in common with Facebook. Both went public at huge valuations. Both struggled out the gate. Both faced concerns about whether they could generate consistent profits. Facebook proved naysayers wrong. Today it’s the world’s fifth-biggest publicly traded company.

Now, I’m not saying Uber is the next Facebook. Uber may never turn a profit, as my colleague Stephen McBride explained here. I have no interest in buying Uber and holding it for the long term.

But I am interested in flipping it for a quick profit. Sentiment toward Uber is in the toilet. Everyone hates the stock. When’s the last time you read a positive thing about Uber?

Well, it often pays to buy stocks everyone hates. Because frankly, the crowd is usually wrong. So here’s my suggestion. November 6th is shaping up to be Uber’s “moment of maximum hate.”

Most locked-up shareholders will disgustedly sell their shares and swallow their losses the first chance they get. I wouldn’t be surprised if Uber plummets another 25% by then.

If you can “hold your nose” and buy Uber stock after the washout on November 7th, you’ll position yourself for what I expect to be a sharp rebound. Based on my experience in lock-up stocks, a quick profit of 30% to 40% could be in the cards.

Get our latest report where I reveal my three favorite stocks that will hand you 100% gains as they disrupt whole industries. Get your free copy here.