You are at:Home»Innovative ETFs Channel»Uber Drives Into Renaissance IPO ETF 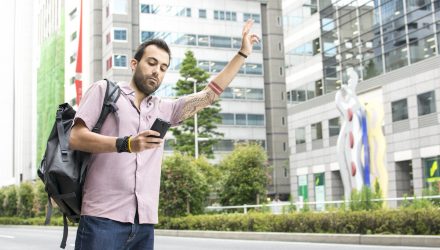 IPO “is a portfolio of the largest, most liquid U.S.-listed newly public companies prior to their inclusion in core U.S. equity portfolios. IPOs that pass Renaissance Capital’s formulated screening process are weighted by investable market capitalization, capped at 10% and removed after two years,” according to a statement released by Connecticut-based Renaissance Capital.

The IPO ETF can add stocks on an fast entry basis and that is exactly what is happening with Uber, which will join the fund on Friday.

“Uber Technologies, which operates the world’s largest on-demand ridesharing network, raised $8.1 billion by offering 180 million shares at $45,” said Renaissance in the statement. “At pricing, the company commanded a market value of $75.5 billion and qualifies for inclusion in the Renaissance IPO ETF effective Friday, May 17, 2019.”

By some estimates Uber is the largest money loser in recent memory among the so-called unicorn initial public offerings.

The IPO ETF is up 30.39% year-to-date. While the fund has been quick to add hot new stocks, such as Uber rival Lyft (NASDAQ: LYFT) and Pinterest, Inc. (NYSE: PINS), the ETF allocates just over 2% of its weight to those struggling names. Shares of Lyft are down more than 35% since that company’s April IPO. Lyft showed more than $1 billion in losses during the first three months of this year.

Lyft was already in a tenuous position prior to its IPO debut–according to S&P Global Market Intelligence, Lyft posted a loss of $911 million in 2018, making it the most any U.S. startup has lost in the 12 months leading up to its IPO.