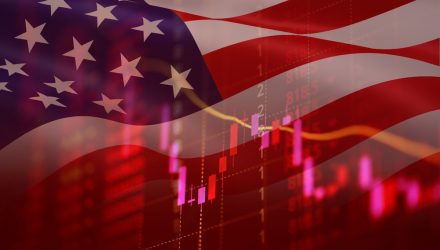 U.S. Stock ETFs Try to Rebound after a Dismal Week

U.S. markets and stock exchange traded funds rebounded Friday, with the Nasdaq still on pace for its worst week since March after a rise in borrowing costs weighed on the economic outlook.

Fueling the recent selloff, the benchmark 10-year U.S. Treasury yields touched a new one-year high of 1.626% after nonfarm payrolls rose by a 379,000 jobs last month, much higher than expectations of 182,000, Reuters reports.

“Investors are still trying to figure what they want in a battle between continued easy fiscal policies or an actual economical recovery which would require higher rates and they haven’t made that decision yet,” Randy Frederick, vice president of trading and derivatives for Charles Schwab, told Reuters.

The markets remained focused on the $1.9 trillion coronavirus aid bill that is still making its rounds through Congress, with a sharply divided U.S. Senate expected to draw a long debate over a number of amendments attached to the bill.

Meanwhile, the S&P 500 and Nasdaq were headed toward their third consecutive weekly decline on the heels of a jump in Treasury yields, which diminished demand for once high-flying technology stocks.

Rising interest rates disproportionately hurt high-growth tech companies since investors value them based on earnings expected years into the future. Rising rates reduce the value of future earnings more than those in the short-term.

“This last week has been a classic correction in growth versus value,” Tom Plumb, president and portfolio manager at Plumb Funds, told the Wall Street Journal. “But it doesn’t mean that it portends something much greater.”