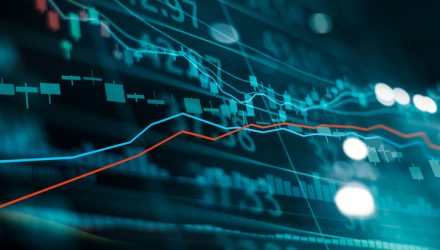 U.S. markets and stock ETFs continued to cool down to end 2019 after a record-setting rally that helped benchmarks notch one of their best years this decade.

While the markets were ending the year on a down note, the S&P 500 was still on course for its best year since 2013, Reuters reports.

U.S. equities were on pace for their second consecutive day of declines, largely ignoring President Donald Trump’s tweet that a Phase 1 U.S-China trade deal is scheduled to be signed on January 15 at the White House. He also added that he would travel to Beijing to lay the ground work on the next phase in the trade deal.

“It’s getting to the point where I feel like Phase 1 is becoming more and more priced in,” Keith Buchanan, portfolio manager at GLOBALT, told Reuters.

The three major indices continued to pull back after experiencing their worst one-day decline in about four weeks on Monday. Without any major updates, investors engaged in some profit taking before the new year.

“With Phase 1 looking to be in the rear view mirror in the earlier part of January, we could go back to the same place where we are trying to figure out where things go from here as we look at a Phase 2 deal,” Buchanan added.

As investors look to 2020, many don’t anticipate a repeat of the breakout year we just experienced.

“I surely wouldn’t expect a repeat as far as the magnitude of market gains, but I think we’re set up for a better year in 2020 than we were in 2019,” Dan Miller, director of equities at GW&K Investment Management, told the Wall Street Journal, add that the combination of lower interest rates and cooling trade tensions could sustain stock gains.