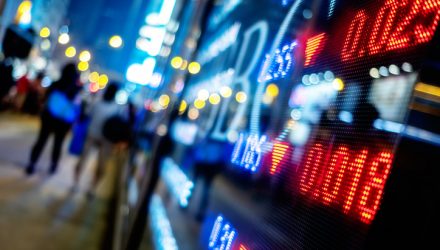 U.S. markets and stock exchange traded funds meandered on Tuesday as investors took a harder look at trade progress after the initial optimism over a prospective trade deal between Washington and Beijing.

Ongoing uncertainty over trade after this weekend’s talks a the G20 summit tempered the initial enthusiasm, especially after the U.S. proposed tariffs on $4 billion in additional E.U. goods in a long-running dispute over aircraft subsidies, Reuters reports.

Eric Wiegand, a senior portfolio manager at U.S. Bank Wealth Management, argued that the new E.U. tariffs muddles the picture over global trade and added that we might be in for further volatility on Wednesday ahead of the July Fourth holiday.

“This can be stretched out maybe a little bit longer than people were originally anticipating,” Jason Barsema, co-founder of Halo Investing, told the Wall Street Journal.

The energy sector was among the worst off on Tuesday as oil prices plunged. Weak manufacturing data from around the world renewed fears about global growth and demand for crude oil. Meanwhile, utilities and real-estate companies, which offer attractive dividend yields, were among the better performers of the day.

Looking ahead, investors will be watching out for new data on international trade from the U.S. Commerce Department on Wednesday and the monthly jobs report Friday.

Additionally, some argued that the trade topic could be dragged out as negotiations between the U.S. and China will likely gain momentum ahead of the U.S. presidential election, which could pressure President Donald Trump to force an agreement with Beijing.

“The time is ticking down to the 2020 elections and the electorate will not forgive a slowing in the economy, whoever is in power,” Patrick Spencer, managing director at investment firm Baird, told the WSJ.