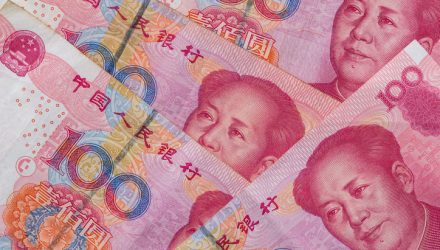 Escalating the trade war fears, Chinese officials allowed the yuan currency to weaken below the key 7 per dollar level for the first time in over a decade, and Trump called the move “a major violation,” Reuters reports.

The move out of Beijing is seen as a response to Trump’s statement that the White House will impose a 10% tariff on the remaining $300 billion in Chinese imports as the U.S. ends the recent trade-war ceasefire.

“The currency move is part of the trade war,” Andre Bakhos, managing director at New Vines Capital LLC, told Reuters. “It is a bold statement to the U.S. that says if you want to play, we could play a different way as well. It takes any optimism out of the market that there will be a quick resolution to trade (war).”

The sudden escalation has diminished investors’ hopes that the two biggest economies in the world would reach a quick trade agreement. Concerns over the prolonged trade conflict have weighed on the global growth outlook. The Federal Reserve last week even cut interest rates for the first time in over a decade in part due to the negative economic effects and rising risks associated with a trade war.

“Global stocks had been priced for perfection,” Kenny Polcari, managing principal at Butcher Joseph Asset Management, told the Wall Street Journal. “Now people are realizing we may not get a deal.”