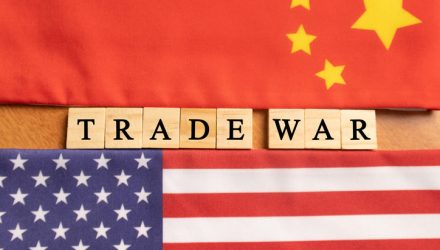 U.S. markets and stock ETFs paused their record rally on Friday after President Donald Trump stated that he had not agreed to any tariff rollbacks.

“Until we actually see some type of trade deal, the level of uncertainty—which ultimately will translate into volatility in the market—will persist,” Brian O’Reilly, head of investment strategy at the Dublin-based Mediolanum International Funds, told the Wall Street Journal. “Today, we are just seeing a bit of a recalibration of that over-optimism from a news headline without any hard facts.”

The equity markets have been rallying on signs that Beijing and Washington could remove tariffs in good faith as part of a “phase one” trade deal, but Trump on Friday contradicted the reports that the U.S. and China would simultaneously pullback on tariffs, Reuters reports.

“Let’s not forget that in the past we have come so close to a trade agreement and at the last minute there has been a pullback,” Michael Geraghty, capital market strategist at Cornerstone Capital Group, told Reuters. “The president is very set in his way and the Chinese have their viewpoint too, so it seems it’s going to take a bit longer for the trade deal to be nailed down.”

Despite the stumble on Friday, U.S. markets were still poised to end the week on a positive note, with the S&P 500 strengthening on its fifth consecutive week of gains and the Nasdaq looking at its sixth straight weekly increase, as better-than-expected corporate earnings and a dovish Federal Reserve helped prop up confidence.