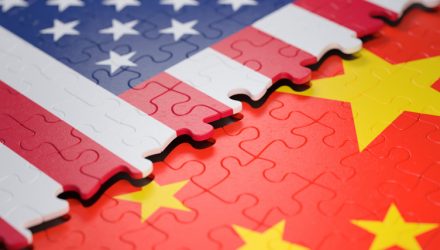 U.S. markets and stock ETFs rallied but slipped toward the end of Monday’s session after the U.S.-China talks proved fruitful, with thawing trade tensions and signs of a likely reprieve fro telecom giant Huawei.

“It was kind of a relief rally but there is a lot of unanswered question here,” Stephen Massocca, senior vice president at Wedbush Securities, told Reuters. “This is not going to get resolved because there was a lunch in Osaka and given how mercurial our president is, who knows what is going to throw him into a tizzy.”

Among the best performing areas on Monday, semiconductor firms whose businesses have been especially vulnerable to higher tariffs surged after the resumption of trade talks.

Investors were also unsure where the Federal Reserve stands, which previously signaled it may cut interest rates if the economy weakens further due to rising trade barriers.