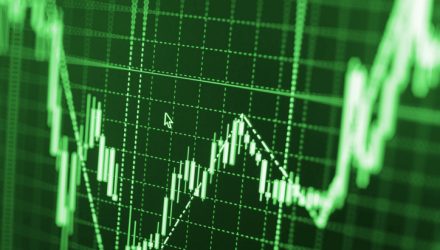 Market observers attributed the market gains to optimism over the upcoming face-to-face talks between the U.S. and China, the two largest economies in the world, next month as the two countries try to find a common ground on a trade war that has weighed on the global economic outlook.

“Markets are trading on hopes because they (U.S., China) are going to be talking and for the time being things aren’t getting worse,” Larry Adam, chief investment officer at Raymond James, told Reuters. “China is giving the U.S. another chance because we have seen weaker data coming out of both sides and it is important for them to extend the olive branch.”

The ministry also noted that the U.S. should show some good faith and pave the way for the necessary conditions to push forward with trade negotiations.

“China and trade continue to be a wild card,” Terry Sandven, chief equity strategist at U.S. Bank Wealth Management, told the WSJ. “Clearly, the dialogue between Washington and Beijing is good, but more importantly the timing and magnitude of any potential trade agreement remains an unknown.”

Further adding to the positive note, a handful of steady economic data and better-than-expected earnings reports from discount retailers eased some fears over a slowing economy under the threat of a prolonged trade war.

U.S. gross domestic product expanded at a seasonally adjusted annual rate of 2% in the second quarter, compared to previous estimates of a 2.1% growth rate. The government revealed consumer spending was higher than previously estimated in the April to June period, but the housing sector, exports and inventory investment slipped more than initially believed.