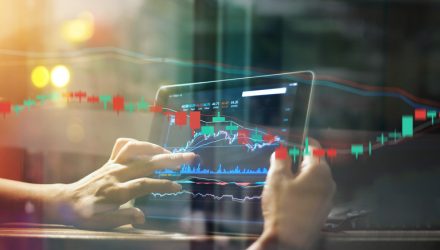 “The retail sales number has surprised people,” Peter Tuz, president of Chase Investment Counsel, told Reuters. “It’s bringing up ideas that the economy might be slowing down.”

The retail sales miss further fueled anxiety about growth in the U.S. in an environment of ongoing trade tensions and global slowdown fears. The International Monetary Fund also added to global anxiety this week after cutting its global GDP forecast for 2019 to just 3%, its weakest outlook since the 2008 financial crisis, underscoring the negative effects of trade tensions and geopolitics.

“Right now, you’re not getting any relief from this trade war,” Edward Moya, an analyst at forex brokerage Oanda, told the WSJ. “Until there is something that is signed and something the market believes is achievable, you’re not going to see any forecasts have any upgrades.”

Investors continue to comb over the “phase one” trade deal reached between the U.S. and China last week. Despite Chinese promises to buy more U.S. farm products, observers are skeptical of how much will be purchased and what the U.S. might give back in return.

The U.S. is still scheduled to implement an additional 15% tariffs on $156 billion in consumer goods starting December 15.

“Things haven’t worked out the way they usually do when earnings season begins and you focus less on the global macro issues that drive the market so much these days,” he added.