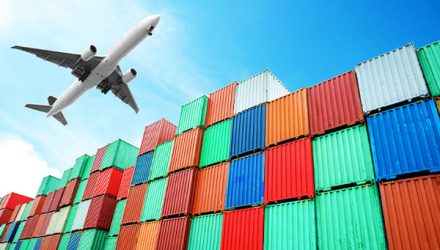 This Economic Indicator Is Proving the Naysayers Wrong

Flying in the face of negative economic news, U.S. factories picked up steam for the third straight month in November. The preliminary manufacturing purchasing manager’s index (PMI), a leading indicator we closely track here at U.S. Global Investors, pulled further away from its August low with a reading of 52.2 this month. That’s up from 51.3 in October and marks a seven-month high.

Remember, investors are better served when they follow the trend lines, not the headlines.

A raft of economic reports on Friday welcomed the turnaround:

Chris Williamson, chief economist at IHS Markit—which releases the monthly PMI—wrote that the November reading “adds to evidence that the worst of the economy’s recent soft patch may be behind us.”

Taken together, this is all very constructive not just for manufacturers but also exporters, container shipping companies and cargo airlines, not to mention the energy, materials and financial sectors.

The Boeing Co., for instance, announced a bump in orders for its still-grounded 737 MAX aircraft. Following this year’s Dubai Airshow, the world’s largest aerospace event, Boeing reported that Kazakhstan’s Air Astana had committed itself to as many as 30 MAX jets, while an undisclosed buyer ordered 20. This comes after SunExpress, a Turkish leisure carrier, purchased 10, bringing the total value of MAX sales to $7.5 billion.

Negative headlines may get the clicks, but savvy investors who can look past those headlines and follow the money often get the rewards.

Although the PMI report is encouraging, there’s still reason to remain somewhat cautious long-term. The latest accounting of global debt levels was just released, and the news might be so bad that it’s good—for gold prices, at least.

After climbing above $250 trillion in the first half of 2019, the amount of debt that’s owed by governments, the financial sector, and non-financial sector is now forecast to touch a record $255 trillion by year’s end, according to the Washington, D.C.-based Institute of International Finance (IIF).

Says IIF economists, this mind-boggling sum is the equivalent of 320 percent of total global economic activity—the highest level ever.

To put it another way, for every $1 that’s produced today, an additional $3.20 in debt is created and thrown atop the heap. I shouldn’t need to say it, but I will anyway: This is unsustainable.

As economist Martin Murenbeeld writes in his most recent Gold Monitor newsletter, “rising global debt levels is one of our most important medium/long-term factors in the gold outlook.”

“All this will be very positive for gold, of course!” he adds.

Here in the U.S., national debt hit an unimaginable $23 trillion on October 31—Halloween Day, of all days. That’s roughly 107 percent of U.S. gross domestic product (GDP), or nearly double its share of the economy from 2000.

This data comes from U.S. National Debt Clock, which I highly recommend you visit if you haven’t already done so. It’s an invaluable tool.

What I find particularly eye-opening is the amount of unfunded public pension liabilities. They’re currently closing in on $7 trillion—the equivalent of $20,700 per U.S. citizen. An unfunded pension is any retirement plan for which sufficient assets have not been set aside, and as Murenbeeld points out, such obligations can inhibit economic growth. The greater they become, the more tax revenues must go not toward infrastructure, education and other public benefits, but to fixed costs.

It should come as no surprise to you that the U.S. city facing the biggest shortfall at the moment is Chicago, Illinois. About a third of the Windy City’s budget is earmarked for pension payments alone, and when you combine other obligations such as debt service and “other postemployment benefits” (OPEBs), fixed costs amount to 45 percent of expenditures.

Back in July 2017, I discussed the Illinois budget crisis at length, and since then not much has improved despite state and city leaders’ best efforts. In fiscal year 2019, Illinois taxpayers contributed a record $10 billion toward the state’s unfunded pension liabilities, and yet it still wasn’t enough to prevent them from growing, from $131 billion in 2018 to $137 billion this year. Unfunded Chicago pensions have also deepened further into deficit in the four years since former mayor Rahm Emanuel’s series of painful tax hikes on everything from property to water services to 911 emergency lines. According to a Chicago Tribune investigation, city pension debt has ballooned to $7 billion since the new taxes went into effect in 2015.

My reason for sharing this with you is that, again, higher debt levels have put tremendous pressure on the Federal Reserve (and central banks in general) to keep monetary policy “loose” or “very loose.” In turn, bond yields have been unremarkable lately, to say the least.

Case in point: The nominal 10-year Treasury yield was trading at just under 1.8 percent on Friday—which, coincidentally, is the current annual rate of U.S. inflation, according to the Department of Labor’s October report.

What this means is that the real yield on the 10-year T-note is a big fat 0 percent.
And when this happens, according to the World Gold Council (WGC), “it may be time to replace bonds with gold.”

Gold Is on Sale, “Creating Room for Further Gains”

Last week gold continued to trade below its 50-day and 100-day moving averages as investors seem to be waiting for the next catalyst, whether that’s Fed policy, movements in the U.S. dollar or developments in the U.S.-China trade war.

In a note to investors, UBS strategist Joni Teves says she sees the pause in gold prices as an opportunity for investors.

“We think the ongoing consolidation in the market is healthy, creating room for further gains, and likely also easing some of the persistent concerns on positioning,” Joni writes. “We would view this as an opportunity to gradually re-engage at better levels, especially as investors look to the year ahead, with uncertainty likely to persist and rates likely to stay low.”

Thinking about buying the dip in gold? Watch my interview with Kitco’s Daniela Cambone by clicking here!

Holdings may change daily. Holdings are reported as of the most recent quarter-end. The following securities mentioned in the article were held by one or more accounts managed by U.S. Global Investors as of 9/30/2019: The Boeing Co.