You are at:Home»Innovative ETFs Channel»These 3 Tech Giants Will Crash in the Next Downturn 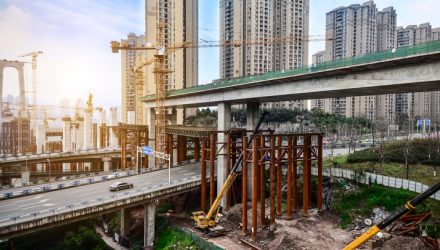 These 3 Tech Giants Will Crash in the Next Downturn

Some of your “safe” stocks aren’t as safe as you might think. And now is a good time to sell them. Let me explain…

As you likely know, US stocks have shot up and down many times over the last month. In August alone, there were five days when the S&P 500 rose or fell at least 1%. 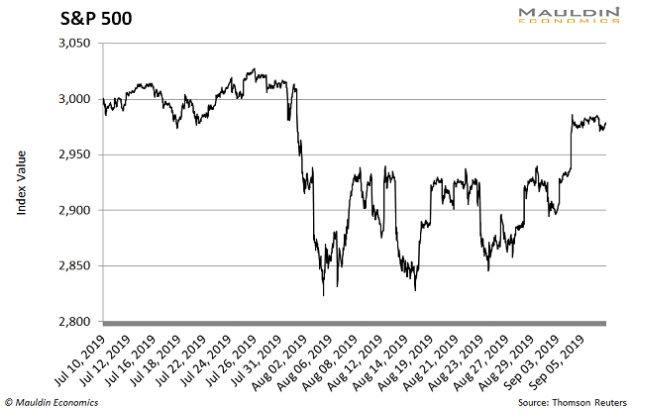 For perspective, during all of 2017, there were only eight days when the stock market rose or fell 1% or more. So five days of that in just one month is a lot. When stocks shoot up and down like this, it means volatility is rising.

Worse, single-day volatility spikes are more common in bear markets than bull markets. So the recent volatility is yet another sign of where we’re headed…

With a bear market looming, it’s more important than ever to own high-quality dividend-paying stocks that can hold up during a downturn.

But that’s not where people are putting their money. In fact, some of the most commonly held US stocks—including some Big Tech names—will likely crater when the market turns. We got a sneak peek of this last year…

Bad Signs of Things to Come 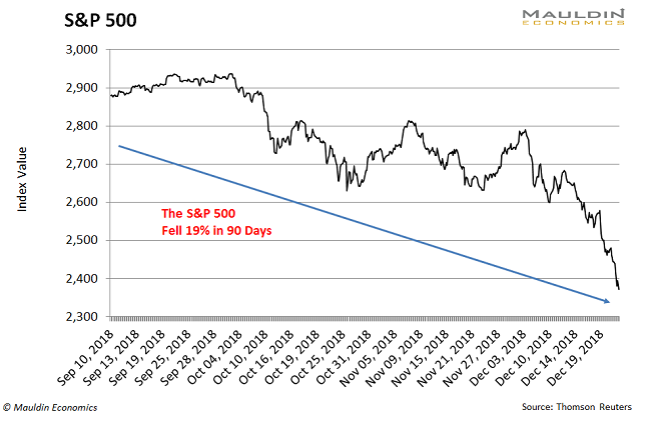 Scary. But the downturn was short-lived. Three months later, the market had rebounded 13%.

Even so, you should think of it as a fire drill—a chance to look closely at your portfolio’s weak spots and prepare for the real deal. Because there’s a good chance the next downturn will last a lot longer than three months.

We’re in the longest bull market in US history. And nothing goes up forever, folks. Eventually, US stock is going to go south.

The good news is, last year’s sell-off gave us a glimpse of which stocks may hold up well, or even rise, during the next downturn. It also showed us which stocks will probably tank.

The Danger of High-Flying Tech

A handful of stocks plunged during last year’s downturn. And a lot of them were high-flying tech stocks. Let’s take a look…

First up, Apple Inc. (AAPL), one of the world’s largest companies. Apple is the third most commonly owned stock in the world. It sits in 18% of all portfolios, according to research firm eVestment. 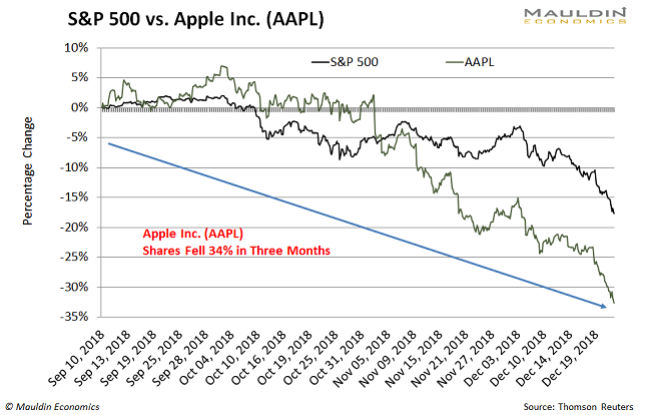 Amazon (AMZN) shareholders also felt the pain. Amazon is the world’s largest e-commerce company and the 8th most commonly held stock in the world. It’s in 15% of all investor portfolios.

But when trouble hit last year, Amazon investors got crushed: 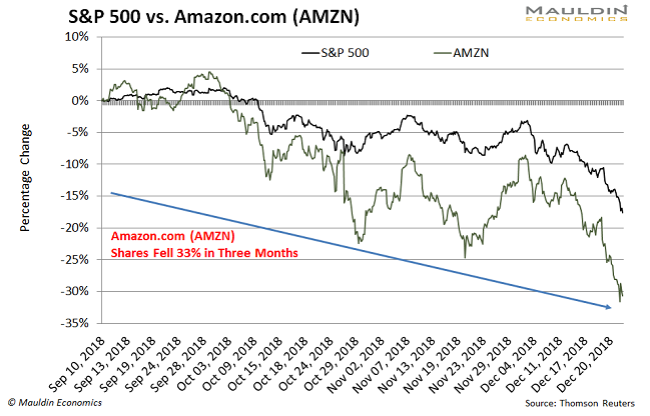 Amazon shares plummeted a whopping 33%. Meaning one-third of the company’s value vanished in about three months.

Facebook (FB) also got creamed during this period. Facebook is the world’s largest social network and the 13th most commonly owned stock in the world. It’s in 14% of all portfolios. 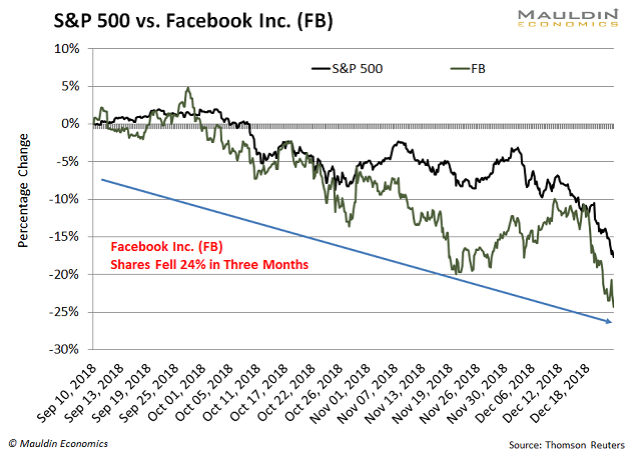 For those of you keeping score, that means the company lost a quarter of its value in about 90 days. Not good.

When Boring Is Good

Like I said, a lot of so-called safe stocks are anything but. However, there are still quite a few genuinely safe and stable dividend-paying stocks out there—stocks resilient enough to thrive during a prolonged market downturn.

I call them “any-weather” stocks. And they’re a good place to put your money when you pull out of Apple, Amazon, and Facebook.

Our first any-weather stock is Starbucks Corp. (SBUX). While most stocks were cratering at the end of last year, Starbucks was thriving. In fact, shares rose 10.2% during the late 2018 sell-off. And, with a 1.5% dividend, it’s great for any dividend investor’s portfolio.

Our next stock, Procter & Gamble (PG), is one of the steadiest in the market. Procter & Gamble sells a lot of things you might have around your house. Stuff like Tide laundry detergent, Pampers diapers, Gillette razors, Vick’s NyQuil and Charmin toilet paper. It’s a boring business, but a very stable one.

Think about it. No one is cutting back on toilet paper unless the economy is in really dire straits. People simply don’t do that.

This is one of the reasons P&G shares climbed over 5.1% when the market tanked last year. The company also pays a safe and reliable 2.5% dividend. So it’s a great replacement for any of the tech bombs I mentioned earlier.

Last, we have McDonald’s Corp. (MCD). McDonald’s is the world’s largest restaurant chain. Its business is stable enough to hold up in virtually any environment.

When the S&P 500 was falling at the end of last year, McDonald’s shares actually rose 3.4%. That may sound like a modest gain. But remember, the rest of the market was nosediving 19% during this period.

McDonald’s also pays a safe 2.1% dividend yield. In short, McDonald’s is another good option for safeguarding your portfolio against a broad market sell-off.