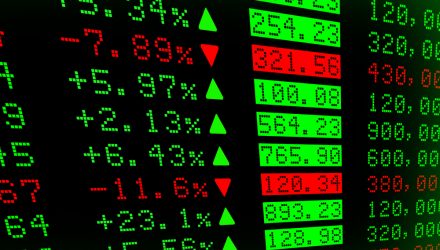 The Hedge Fund Kids are Alright Despite Pandemic

Hedge funds have been bobbing and weaving the markets with much success despite the coronavirus pandemic—the hedge fund industry as a whole was down 9.4% during the first quarter—much better off than the 20% drop in the S&P 500. Given that, investors may want to track exchange-traded funds (ETFs) that can mimic the moves of hedge funds.

“[Hedge funds] seemed to quickly understand the magnitude of the selloff and took down exposure in February,” said Steven DeSanctis, Analyst at Jefferies.

DeSanctis meticulously tracked various hedge fund portfolios and took note of which strategies have outperformed the S&P 500 since the panic sell-off in the month of March. Based on the data, a number of hedge funds have been outperforming the S&P 500 from the February peak until now.

Major hedge fund moves that have been paying off include the move from net long positions to net short positions, according to DeSanctis. Some popular holdings include Amazon for long positions and Tesla for the shorts.

“The Long to Short portfolio was up 29% from the market low, which is NOT good, but for the entire period it is still off over 21%,” DeSanctis wrote. “The Short to Long rebounded nicely with a rise of 22.6% from the March 18 low, but is lagging over the entire time frame.”

There’s also been a sign of resiliency in the hedge fund industry as of late since the financial crisis in 2008. Even with the coronavirus pandemic doing a number on certain funds, the hedgies have been fairly solid.

“When there are 8,000 funds there will always be a blow-up or two,” said one large asset manager who invests in a range of hedge funds. “But there have been no surprises [in hedge funds], whereas in every other asset class you’ve had surprises.”