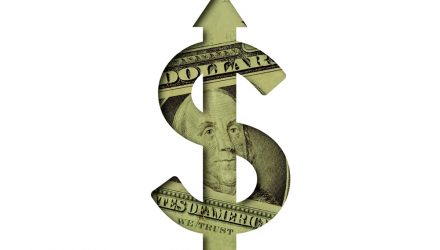 The Dollar (and This ETF) Keeps Going Up, Up, UUP

With rising rates pushing up the strength of the U.S. dollar, its rise is impacting other currencies. The WSJ Dollar Index rose 8.7% through June, giving it its best first half since 2010. The index went up another 1.4% this month through Thursday.

This rally isn’t just affecting currencies in emerging markets — it’s also causing those of developed countries to fall. Last week, the euro hit its weakest level since 2002, dipping below parity with the dollar.

The primary driver of the rising dollar is a hawkish Federal Reserve. In June, the Fed approved a rate hike of 0.75 basis points, the largest since 1994. Fed officials have signaled that they’ll likely raise rates by the same amount later this month.

“Investors are also drawn to the U.S. as a source of relative stability amid weak overseas economic conditions,” according to the Wall Street Journal. “When putting money into American stocks and bonds, foreign investors typically use dollars, which boosts the U.S. currency.”

Investors wanting a cost-effective and convenient way to track the value of the U.S. dollar relative to a basket of major world currencies may want to consider the Invesco DB US Dollar Bullish (NYSEArca: UUP). UUP tracks the price movement of the U.S. dollar against a basket of currencies, including the euro, the Japanese yen, the British pound, the Canadian dollar, the Swedish krona, and the Swiss franc. 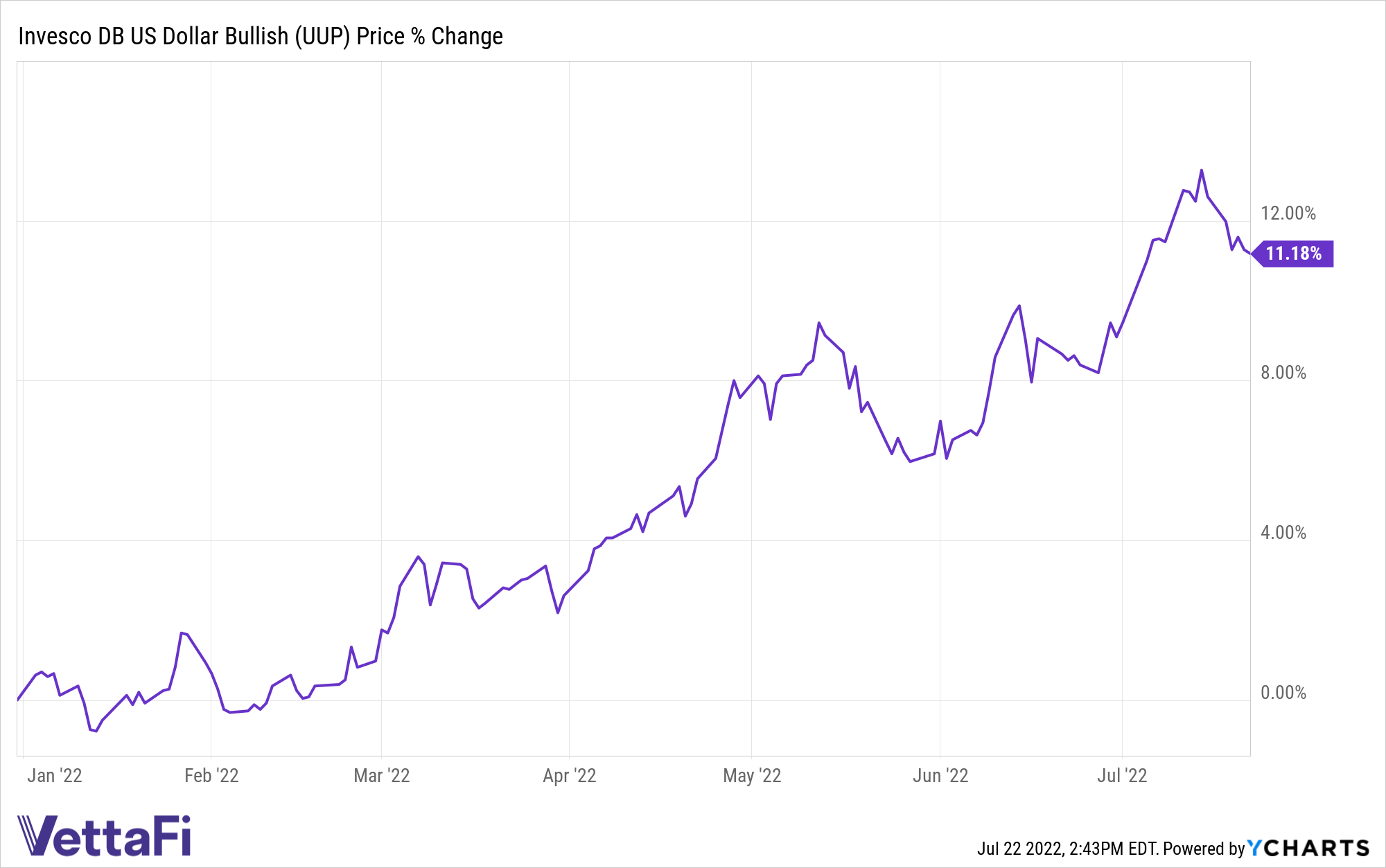 While VettaFi’s analyst report noted that this fund could be appropriate for investors seeking a fund that is inversely correlated to the broad stock market or for those making a bet on a flight to quality, Invesco noted, however, that UUP “is not suitable for all investors due to the speculative nature of an investment based upon the Fund’s trading which takes place in very volatile markets. Because an investment in futures contracts is volatile, such frequency in the movement in market prices of the underlying futures contracts could cause large losses.”