You are at:Home»Innovative ETFs Channel»Tech Titans Lose More Than $1 Trillion in 3 Days 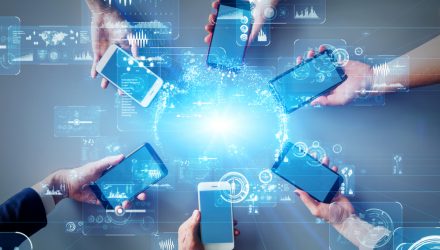 Technology giants have lost more than $1 trillion in value in just three trading days. Since the Federal Reserve raised interest rates last week, investors have been selling off stocks at a rapid clip. However, tech firms have faced the brunt of this as shareholders move capital towards safer bets.

“Been a brutal sell-off in tech stocks that is hard to digest for tech bulls like us,” tweeted Daniel Ives, a managing director and senior equity research analyst covering the technology sector at Wedbush Securities, at the beginning of the month. “Tech earnings bullish for enterprise/product driven names; outside supply chain issues shows demand intact. Fighting the Fed thesis we get, but this sell-off magnitude irrational in our opinion.”

The Invesco S&P 500 Low Volatility ETF (NYSE Arca: SPLV) targets the least volatile large-cap companies on the S&P 500 and currently has no holdings in any of the above-mentioned tech firms. In fact, the fund currently allocates less than 4% of its AUM in electronic technology companies and only 3.4% to technology services firms.

According to Invesco, SPLV generally will invest at least 90% of its total assets in the securities that comprise the S&P 500 Low Volatility Index, which is designed to measure the performance of the 100 least volatile constituents of the S&P 500 Index over the past 12 months as determined by the index provider.