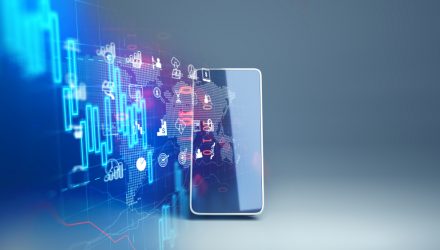 Tech ETFs Were the Biggest Losers of the Georgia Runoff

Exchange traded funds that tracked the technology sector suffered a blow as Democrats were set to take the two Senate seats from Georgia’s runoff elections.

“The market is taking a view that we will see more stimulus and this will have to be paid for,” Stefan Keller, asset allocation specialist at investment house Candriam, told the Financial Times. “The fear is of higher taxes on the most successful companies of 2020, which are the tech giants.”

Technology investors have been wary of a so-called blue sweep since president-elect Joe Biden has campaigned on tougher anti-trust laws and higher taxation on Big Tech.

With Democrats in control of both the House and the Senate, it will be easier for lawmakers to push through new regulations on data privacy, tougher rules for mergers and acquisitions, and other measures that would impede technology companies.

Ives argued that one impact of Tuesday’s election will be more scrutiny of tech business models, which will add another layer of risk to the sector.

“We would expect much more scrutiny and sharper teeth around [big tech]names with potential (although still a low risk) legislative changes to current antitrust laws now on the table,” Ives said.

“The Senate turning blue could tame the tech rally until the Street gets a better sense of the legislative agenda under [President-elect Joe] Biden heading into the rest of 2021/2022,” Ives added.