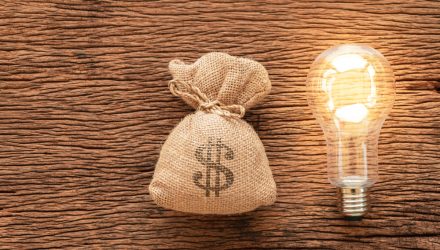 In November, TAN jumped 17.1%, bringing its year-to-date total return to 9.1%, according to YCharts.

The clean energy fund has returned 256.0% over a five-year period ending November 2, the highest five-year return out of all ETFs. The next best-performing ETF, the First Trust NASDAQ Clean Edge Green Energy Index Fund (QCLN), is trailing TAN by nearly 5,600 basis points (QCLN has returned 100.8% during the same period), according to ETF Database.

The clean energy sector is expected to continue to deliver strong growth. The passing of the Inflation Reduction Act in August promises to offer a raft of tax credits to help stimulate the adoption of clean energy technologies, as well as spending for low-income and minority communities that suffer disproportionately from pollution.

TAN delivers targeted exposure to companies in the solar energy industry. Over a three-year period, TAN has returned 194.9%. TAN is up 8.82% year-to-date, recouping all losses experienced during a period of heightened volatility across sectors earlier in 2022, according to YCharts.