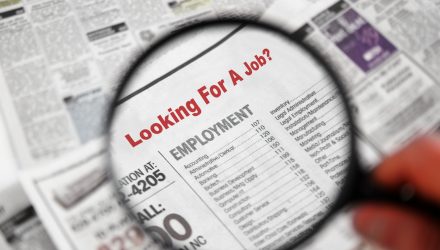 According to the Labor Department, data showed the U.S. economy added 128,000 jobs in October, beating out expectations for an addition of 75,000 in payrolls, the Wall Street Journal reports.

“People should be really happy about it,” J.J. Kinahan, chief market strategist for TD Ameritrade, told the WSJ. “We know the consumer is out there spending away.”

The better-than-expected numbers suggested that the job market remains robust, despite the recent labor strikes at General Motors and fears of a slowdown from the protracted trade war between the U.S. and China. The data also helped smooth over concerns over a slowdown in the manufacturing sector for the third straight month.

“Investors are back in the glass-is-half-full mode,” Michael Geraghty, equity strategist at Cornerstone Capital Group, told Reuters. “(They) are looking past the ISM and focusing more on the better than expected labor report this morning.”

Many were also taking comfort in the support shown from the Federal Reserve after its latest interest rate cut on Wednesday. The latest jobs data suggested that the U.S. may be in a so-called Goldilocks economy where it is strong enough to overcome a recession but not strong enough to push the Fed to hike interest rates.

The risk-on sentiment was also bolstered by data showing China manufacturing activity unexpectedly increased in October, offsetting worries over a slowdown in demand from the world’s second-largest economy after the trade spate with the U.S.

Talks between the U.S. and China were also seen to be progressing. U.S. Commerce Secretary Wilbur Ross said the initial “phase one” trade pact with China was still in play and could be signed by mid-November.