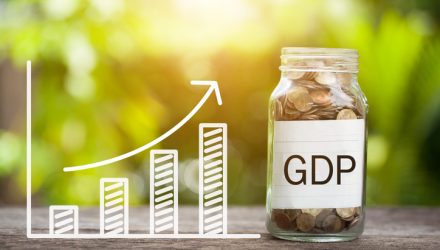 “GDP growth was not fabulously good and not fabulously bad. It builds a case for the Fed to cut rates by 25 basis points and then sit on the sidelines for the remainder of this year,” Paul Nolte, portfolio manager at Kingsview Asset Management, told Reuters.

The economic figures were supported by U.S. shoppers as consumer spending, which makes over two-thirds of the economy, posted the strongest pace of growth since late 2017.

As we finish two weeks into the second-quarter earnings season, about 75% of the 218 S&P 500 companies that have reported earnings so far have beat profit estimates, according to Refinitiv data.

“It’s a tech-driven market, many of the names are able to grow earnings and revenue at a significant pace as they get deeper into the global economy and they continue to be the best place to be in, in the equity market,” Nolte added.

Growing optimism that the Federal Reserve will cut its benchmark rates at its upcoming policy meeting next week have also fueled the momentum in stocks this month, pushing Wall Street to record levels.