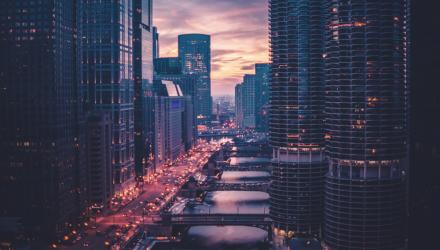 Stock ETFs Meandered to Cap Off a Volatile Month

U.S. markets and stock ETFs were stuck in sideways action Friday after a month of volatile oscillations, but equities were still on pace for their best week since June.

Broad markets pared early morning gains after President Donald Trump said on Twitter that the U.S. doesn’t “have a tariff problem…we have a Fed problem,” along with signs of growing pessimism over the economy, the Wall Street Journal reports.

Nevertheless, equities have enjoyed a more risk-on mood this week after both U.S. and China revealed greater willingness to come back to the negotiation table in an attempt to end the prolonged trade war that has gripped the global economy. The three major U.S. benchmarks were on track for their first weekly gain since July, despite mid-Friday’s mixed results.

Some analysts also believed that investors were exiting some positions ahead of the Labor Day weekend.

“Frankly, markets have been overly optimistic about trade,” Randy Frederick, vice president of trading and derivatives for Charles Schwab, told Reuters. “I would caution people to be a little careful because optimism won’t last if it doesn’t ultimately materialize into something substantive like an agreement which I just have a hard time seeing it happen.”

The markets were also waiting on another round of U.S. tariffs to take effect on Sunday, September 1.

Oliver Jones, a senior markets economist at Capital Economics, warned that given the overhanging August political uncertainty, it is hard to know how the markets will react to the tariffs once they go into effect.

Looking ahead, many anticipate the Federal Reserve to support a weakening economic outlook as a result of the trade war. Traders have more-or-less fully priced in an interest rate cut at the next meeting in mid-September.