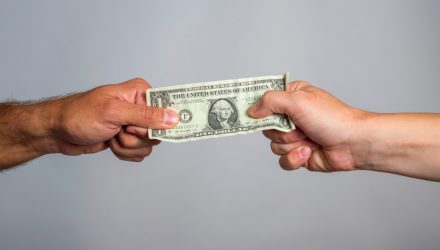 Stock Buybacks: Dividends, But With a Different Shell

Ben Hernandez December 10, 2020
Stock buybacks were a common theme at the tail end of the bull run just before the pandemic took hold of the capital markets. ETF investors looking to capitalize on buybacks, but get international exposure at the same time can look at funds like the Invesco International BuyBack Achievers ETF (IPKW). The fund seeks to track the investment results (before fees and expenses) of the Nasdaq International BuyBack AchieversTM Index (the “underlying index”). The fund generally will invest at least 90% of its total assets in securities that comprise the underlying index. Strictly in accordance with its guidelines and mandated procedures, Nasdaq, Inc. (“Nasdaq” or the “index provider”) compiles, maintains, and calculates the underlying index, which is comprised of the securities of foreign companies that are classified as “International BuyBack AchieversTM” pursuant to the index provider’s proprietary selection methodology. The fund is up about 14%, bouncing above and beyond its pre-pandemic price level. Within the past year, the fund is up over 17%.

The Case for Stock Buybacks

As the global economy recovers, more buybacks could be ahead as companies look to prop up their stock prices. In the U.S., buybacks were a hot-button issue as captured by a Wall Street Journal article: “Buybacks have been a particularly hot issue since 2018 when, under terms of the Trump administration’s corporate tax cuts, big U.S. companies repatriated billions of dollars that had been stashed for years in overseas tax havens,” the article explained. “In the resulting binge, the dollar value of big companies’ repurchases of their own stock shot up 55% to a record $806 billion. Buyback foes complained that such repurchases enriched shareholders, generally wealthier Americans, at the expense of workers, new plants and research, and broader economic development.” “Buybacks are down about 30% this year, as companies conserve cash to ride out the pandemic. But the issue remains prominent for Democrats who just took the White House and retained the House as they plan their legislative and regulatory agenda,” the article added further. “Buybacks are really just dividends with a different kind of shell around them,” says Ric Marshall, lead author of the MSCI study. “They’re just a tool for moving positive cash flow to investors. Most professional investors would say they’re happy with them.” If buybacks pick up where they left off, then IPKW will be one ETF to watch. For more news and information, visit the Innovative ETFs Channel.