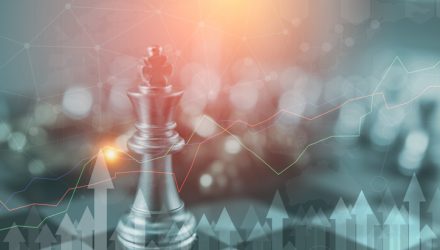 Growing hopes that major global economies will step into spur growth and on optimism over U.S-China trade propped up U.S. markets and stock ETFs on Monday.

Among the latest to stimulate the economy, China’s central bank revealed a key interest rate reform to lower borrowing costs for companies while Germany was looking at potential economic easing, Reuters reports.

U.S. officials said that the White House was laying out plans for a new round of trade talks with China, the Wall Street Journal reports. President Trump on Twitter said that the U.S. was “doing very well with China, and talking.”

Trump said he spoke with Apple Chief Executive Officer Tim Cook who “made a good case” that tariffs would hurt Apple. Risks of increased trade restrictions have cut into profits of many tech companies, which rely on the steady flow of trade between the U.S. and China.

“There is a recognition that this trade policy is having a negative impact on the economy. With the election coming up next year, there maybe an incentive to get these trade issues behind. Trump does seem to listen if the voices are loud enough,” Scott Brown, chief economist at Raymond James, told Reuters.

Looking ahead, market observers were waiting on Wednesday’s official release of minutes from the Federal Reserve’s July policy meeting when the central bank cut rates for the first time in a decade. Additionally, Chairman Jerome Powell will be giving a speech in Jackson Hole on Friday.

“Everything is up because the Street is expecting Fed Chairman Powell to push for an additional cut when he addresses bankers in Jackson Hole,” Peter Kenny of Kenny’s Commentary LLC and Strategic Board Solutions LLC, told Reuters.