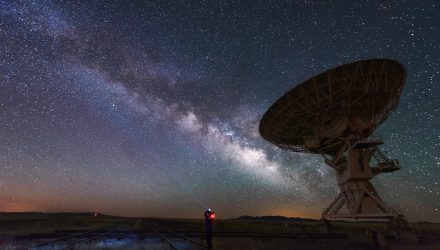 Space Robotics Market Expected to Exceed $3.5B by 2025

According to a Space Robotics Market survey, the space robotics industry is expected to exceed $3.5 billion by the year 2025, which bodes well for investors looking for opportunities in the space industry via exchange-traded funds (ETFs). This is a trend not just happening in the U.S., but around the globe.

More governments are looking to funnel more capital into space research and exploration, which is fueling demand within the industry. Additionally, the rise of technology, such as artificial intelligence (AI) is helping the industry achieve rapid expansion.

Per a report by ReportsGo, “National organizations such as NASA, CSA, JAXA, etc., are introducing humanoid robots to perform the maintenance, servicing, and transportation operations to gain high efficiency, further developing the space robotics market. The rising trends of autonomous features and AI technology in robotic products will drive rapid industry expansion.”

During a visit to the Kennedy Space Center in Florida earlier this summer, U.S. Treasury Secretary Steven Mnuchin threw his support behind space innovation, particularly its ability to spur job creation. It’s something that U.S. President Donald Trump’s administration is willing to back, especially after requesting an additional $1.6 billion for the National Aeronautics and Space Administration (NASA) to relaunch a program to return humans to the moon.