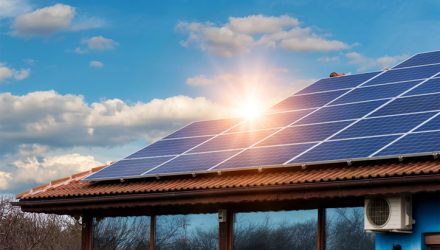 At least four brokerage firms have upwardly revised the outlook on Enphase Energy since the earnings came out, including an upgrade to “buy” from “neutral” at H.C. Wainwright, which also raised its price target to $36 from $16. Heading into the Wednesday, Five of the seven covering brokerage firms already had “strong buy” ratings, according to Schaeffer’s Research.

The company has been reclaiming share in the solar microinverter market it helped create. Additionally, it saw consistent growth in its AC module products.

Enphase Energy is one of the largest suppliers of microinverters, a key technology to the solar panel industry, in the world. Microinverters help convert direct current generated by a single solar module to alternative currents. The company should continue to ride the ongoing growth in the broader solar photovoltaic industry.