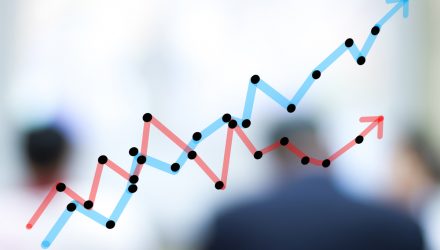 Singing the praises of small caps doesn’t appear to be getting old just yet. Investors also have a smorgasbord of small cap strategies to choose from, including an equal-weighted methodology in the Invesco S&P SmallCap 600 Equal Weight ETF (EWSC).

“Small-cap stocks have dominated the markets in recent months, upending a nearly decade-long large-cap cycle,” a Forbes article said regarding recent small cap performance. “The small-cap Russell 2000 Index has outpaced previously unbeatable large-cap indexes like the Nasdaq 100 lately. The Russell is up more than 40% for the six months ending February 28, 2021, while the Nasdaq 100 gained just 7% and the S&P 500 was up about 10%.”

EWSC seeks to track the investment results of the S&P SmallCap 600® Equal Weight Index. The fund generally will invest at least 90% of its total assets in the securities that comprise the underlying index. EWSC carries an expense ratio of 0.40%.

It’s well known in the capital markets that small cap equities are strong performers in the current environment, but what happens when an equal-weighted strategy is applied? Apparently, the same magic, if EWSC’s 33% year-to-date gain is any indication of its strong performance.

Moreover, the fund is up almost 130% within the past year. When compared to the bellwether small cap index, the aforementioned Russell 2000, the equal-weighted strategy shines, with a lead of about 14% for EWSC.

History Is Repeating Itself

Small cap equities have the propensity to soar to higher heights versus their large cap brethren when the markets are recovering. History is squarely on the side of small caps, particularly with regard to recessions.

“In the first weeks of 2021, the divergence between the Russell and the S&P 500 was ‘the largest such gap between the two indexes through February 19 since 2000, according to Dow Jones Market Data,’ the Wall Street Journal reported. And that gap has continued,” the Forbes article said. “Smaller stocks have historically led after recessions, which could bode well for small-caps if the economy continues to strengthen this year, and the new stimulus bill is expected to boost spending.”

However, it’s not all flowers and rainbows with small caps. Small cap equities can be more susceptible to volatility during a market downturn, so investors should understand these associated risks.