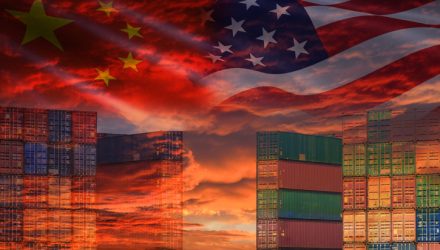 U.S. markets and stock ETFs retreated Wednesday on growing trade concerns as talks between the U.S. and China seemed to take longer than expected and on speculation the “phase one” deal may not happen before the end of the year.

Losses steepened mid-Wednesday after trade experts and people close to the White House hinted that a completion of an initial U.S.-China trade deal could be pushed off into next year as Beijing presses for tariff rollbacks, Reuters reports.

Consequently, the markets are worried that President Donald Trump could pull the trigger on the next round of tariffs scheduled for mid-December.

“We have a December 15 deadline Trump has set for tariffs to go higher. The hope has been in the market that a phase 1 deal would be done before that. It brings into the realm of probability that those tariffs would come into effect,” Scott Ladner, chief investment officer at Horizon Investments, told Reuters.