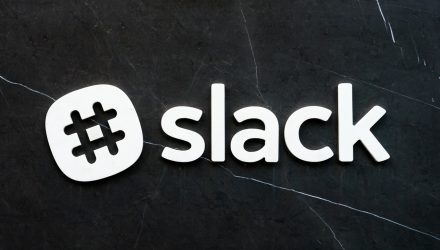 Slack, the chat platform that even coworkers who sit directly next to each other use to communicate, went public on Thursday using a direct listing. Slack will trade under the ticker WORK, up 8.44% as of 1:30pm EDT today.

The direct listing approach is not quite the same as an IPO. Direct listing will allow Slack to go public without getting underwriters involved. Traditionally in an IPO underwriters purchase shares from a company and then sell them. With Slack’s direct listing shares simply begin trading on the NYSE.

“Unlike an ordinary IPO, a direct listing means the company doesn’t issue any new shares and doesn’t raise additional capital,” according to Fortune. “It’s primarily a way for company insiders to sell some of their holdings to investors, while bypassing the formidable fees and requirements of using an underwriter. … only companies that are in excellent financial shape and already have widespread name recognition are good candidates for direct listings.”

Slack is in a growth phase increasing its revenue to nearly $400 million in the fiscal year that ended January 31, according to NPR.

Investors have been quick to scoop up companies that are positioned for growth; Chewy and Beyond Meat are prime examples.

While IPOs have been red hot, Slack does come with a set of concerns. The company recently reported a net loss of nearly $139 million.

Decelerating growth and size could also give reason for pause.

“First quarter revenue growth fell to 67% year-over-year from 78%,” according to a report cited by CNBC.

“The biggest concern, though, may be its size: depending on the price, almost $8 billion in stock could theoretically be available to trade,” reports CNBC. “That is an awful lot for even a bull IPO market to absorb.”