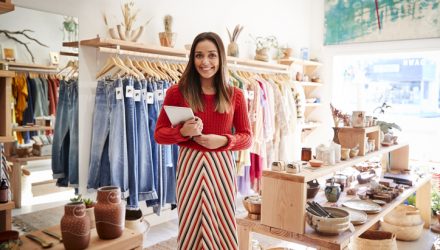 The S&P 500 and Dow Jones Industrial Average pulled back from their record levels after weak earnings reports out of Home Depot and Kohl’s pressured the consumer outlook, Reuters reports. Home Depot cut its 2019 sales forecast for the second time this year while Kohl’s slashed its annual profit forecast.

“At the moment the consumer sentiment is still strong but that doesn’t mean it is going to reflect in every retailer’s earnings,” Randy Frederick, vice president of trading and derivatives for Charles Schwab, told Reuters.

“Markets have probably risen a little too far … so it is no surprise that we are seeing some pause here,” Frederick added.

U.S. benchmarks have been pushing to new records almost every day over the past week on growing optimism over a trade deal and a better-than-expected third-quarter corporate earnings season.

Further adding to the risk-off mood, traders were keeping tabs on Washington with an ongoing U.S. impeachment inquiry into President Donald Trump. Observers were also watching a bill in the Senate in support of Hong Kong protestors, which would allow sanctions against anyone found violating Hong Kong’s autonomy, because of the perceived optics of how it might affect the negotiations over the U.S.-China trade deal.

“Some feel traders are concerned that a Senate vote on Hong Kong could blow up chance of trade deal,” Art Cashin, who runs UBS’s floor operations at the NYSE, told the WSJ

Looking ahead, investors will gain clearer insight to the Federal Reserve’s monetary policy stance as minutes from the Fed’s latest policy meeting where it cut interest rates for the third time this year will be released on Wednesday.