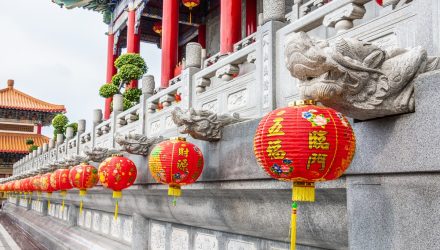 U.S. markets and stock ETFs slipped toward the end of the session on Wednesday as hopes for a possible trade deal with China were not enough to keep markets going.

“We were about 90% of the way there (with a deal), and I think there’s a path to complete this,” Mnuchin told CNBC.

President Donald Trump later said it was “absolutely possible” to avoid additional tariffs on imported Chinese goods, but added that he was “very happy where we are now.”

However, the remarks were not enough to keep the S&P 500 and Dow afloat as increasing pessimism took over ahead of a planned meeting between Trump and Chinese President Xi Jinping, at the upcoming Group of 20 summit in Japan.

“The markets are easily led by trade news,” Joseph Sroka, chief investment officer at NovaPoint, told Reuters. “The market anticipates that something positive will come out of the G20 meeting this weekend.”

Nevertheless, investors who have been burned before are still waiting on tangible results before diving fully back in to markets.

“It’s hard to take too much out of his comments. There’s a bit of posturing ahead of the Trump-Xi meeting,” Michael Arone, chief investment strategist at State Street Global Advisors, told the Wall Street Journal.

Investors have also focused on the a potential Federal Reserve interest-rate cut. Trump rebuked Fed Chairman Jerome Powell on Wednesday, a day after the central bank chief signaled his independence from the White House, stating the central bank would ease monetary policy only if there are signs of a sustained downward trending U.S. economy.