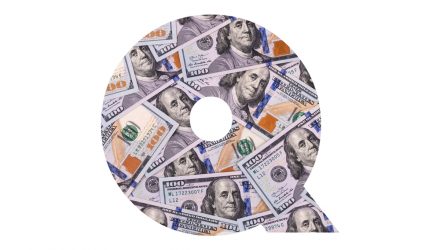 The Q’s Have It: CQQQ Joining the High-Flying QQQ Club

The technology play doesn’t look to be letting up anytime soon, and that’s also the case for the world’s second largest economy. ETF investors should give the Invesco China Technology ETF (CQQQ) a closer look after its 20% start to 2021.

The Index includes constituents of the FTSE China Index and FTSE China A Stock Connect Index that are classified as information technology securities, including China A-shares and China B-shares. CQQQ is up about 75% within the past year.

Just to highlight the strength of China’s tech industry, pit CQQQ up against the go-to tech ETF in the United States: the Invesco QQQ Trust (QQQ). CQQQ is up 30% over QQQ the past year.

The capital markets can attribute CQQQ’s strength to its top three holdings, which comprise about 30% of the fund’s allocation: Chinese tech giants Baidu, Tencent Holdings, and Meituan. The latter leads the pack with over 270% in growth the last 12 months.

China is well on its way to its goal of technological dominance. As an article in The Week explains, “the world’s appetite for new technologies is only increasing, and China is determined to take advantage of this demand and become a leading global technology market.”

“China’s tech landscape has grown rapidly in a short space of time, with its digital economy now accounting for about 30% of its GDP (that’s more than doubled since 2008),” the article added. “As Chinese businesses and consumers embrace technologies such as the Internet of Things (IoT), big data and artificial intelligence (AI), the government is also investing significantly in new technologies to boost China’s global position in science and technology innovation.”

According to a Venture Beat article, China is also looking to invest in more disruptive technology like artificial intelligence. It comes in second to the U.S. in that regard.

“According to the (UK Tech For a Changing World) report, 10 countries were responsible for 91% of all emerging technology investments in the past five years. The U.S. led the way with £75 billion ($92 billion) in inbound investments, followed by China ($22 million) and the U.K ($6 billion).”