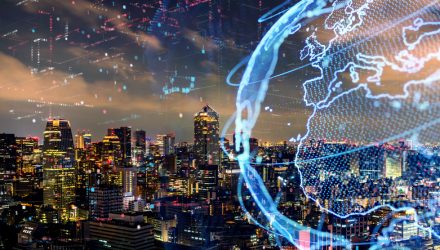 Equity markets strengthened after China’s central bank fixed the midpoint for onshore yuan trading at a rate just above 7 per dollar, or slightly higher than expected, revealing signs that Beijing does not want to escalate tensions with the U.S. any further, the Wall Street Journal reports.

The ongoing U.S.-China trade war has stepped up earlier this week after Beijing allowed the yuan to break the crucial 7 per dollar level on Monday after the U.S. threatened to expand tariffs on $300 billion in Chinese goods. The U.S. Treasury Department labeled China a currency manipulator in response.

“The odds are that this may last for a while as the [People’s Bank of China] calms down the market,” Sebastien Galy, a senior macro strategist at Nordea Asset Management, referring to China’s central bank, told the WSJ.

Additionally, the Bank of France’s July business survey showed an acceleration in growth in the Eurozone’s second largest economy.

“There has been no material increase in the rhetoric out of both the Trump administration or out of China and that’s an important element for allowing the markets again to recalibrate and review the risks at hand,” Michael Hans, chief investment officer at Clarfeld Citizens Private Wealth, told Reuters. “This is a reflexive recovery because it’s those areas that had borne the brunt of the selling pressure which are bouncing back.”