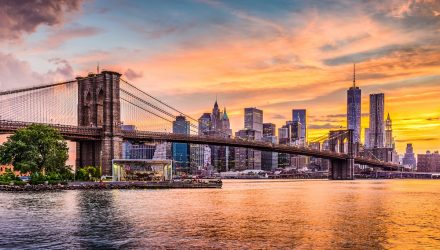 In a separate report, the Labor Department revealed jobless claims data that showed the number of Americans filing for unemployment benefits dipped to a half-century low.

“Companies in the first week and a half have been reporting decent numbers, but they’re not blowing the doors off,” Nick Giacoumakis, president of New England Investment and Retirement Group, told the WSJ. “It’s all about guidance.”

Investors are closely watching this earnings season as many feared companies can maintain the high pace earnings growth rates of years past. Nevertheless, the economic picture remains strong in the U.S. and most companies have topped analysts’ profit expectations for the first quarter so far.

Of the 23 companies in the S&P 500 to report first quarter earnings so far, almost 83% have beaten analysts’ expectations, compared to about 69% in the fourth quarter, according to FactSet data. This should be taken with a grain of salt since the bar is significantly lower after steep downgrades to 2019 earnings forecasts in recent months.

“There have been a lot of green numbers and not a lot of red,” James Athey, senior investment manager at Aberdeen Standard Investments, told the WSJ. “That’s supportive.”